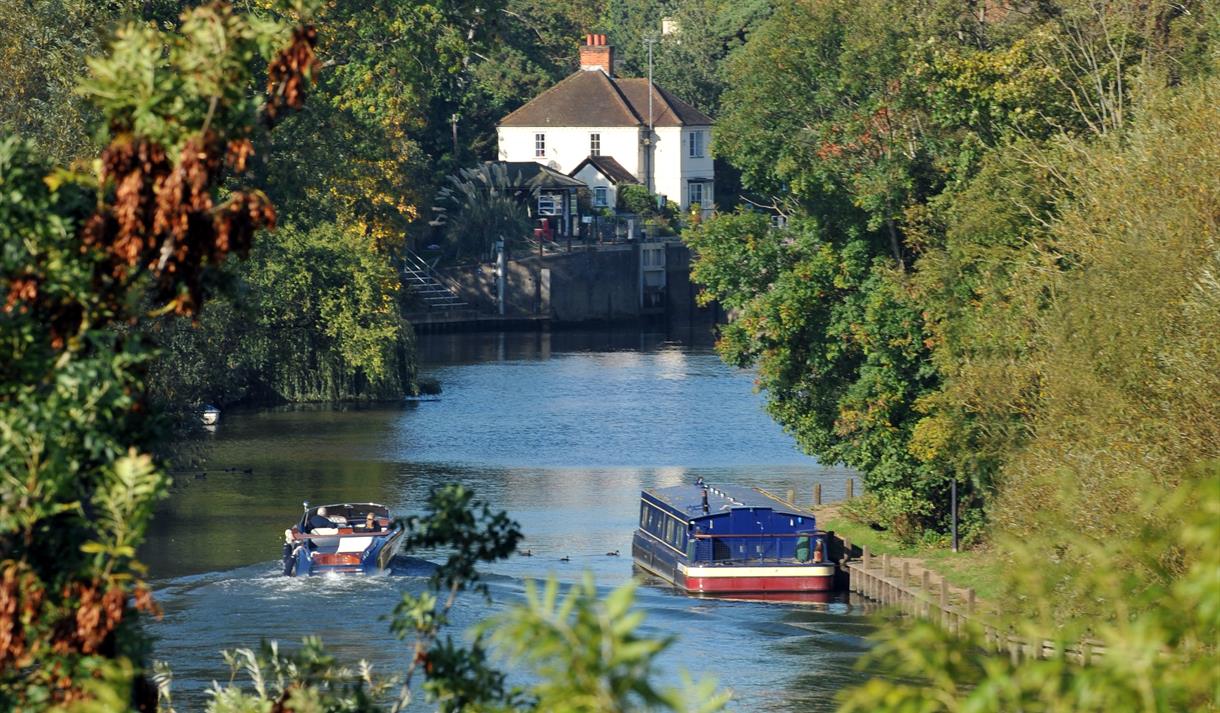 Marlow is without a doubt one of the loveliest locations on the River Thames. Situated on a broad sweep of the river between Henley and Windsor and alongside the woodlands of the Chiltern Hills the charming Georgian market town is made up of historic streets, boutique shops and plenty of character. Visitors will recognise Marlow for it’s iconic suspension bridge which, originally built in 1832 spans the River Thames and provides a grand entrance in to the town.

Marlow has an impressive food and drink offer with cafes, bistros and award winning restaurants to choose from. Most notably The Ivy Garden and michelin starred The Hand and Flowers and The Coach both owned by local celebrity Chef, Tom Kerridge. The locally renowned Rebellion Brewery produces a range of quality fresh and bottled beers, many of which can also be sampled in nearby pubs and restaurants. If wine is more to your taste then Harrow and Hope winery is also well worth a visit.

Award winning Higginson Park is a must see for all visitors who can enjoy the 23 acres of lawns, stunning flowerbeds and in season, hire a rowing boat or sit back and relax on a passenger boat trip that departs from the jetty. Opposite the park you will spot Marlow Rowing Club which has produced many Olympic oarsmen including Sir Steve Redgrave whose statue stands just in front of Court Garden House. This stunning stretch of the Thames is also the ideal starting point for riverside walks to nearby Cookham or Henley.

Marlow and the surrounding Hambleden Valley is a popular filming location and is especially well known for featuring in the detective series Midsomer Murders. You can explore Marlow’s Midsomer with a 17 miles driving trail that uncovers the town’s best kept secrets and the surrounding quintessential English countryside and villages.