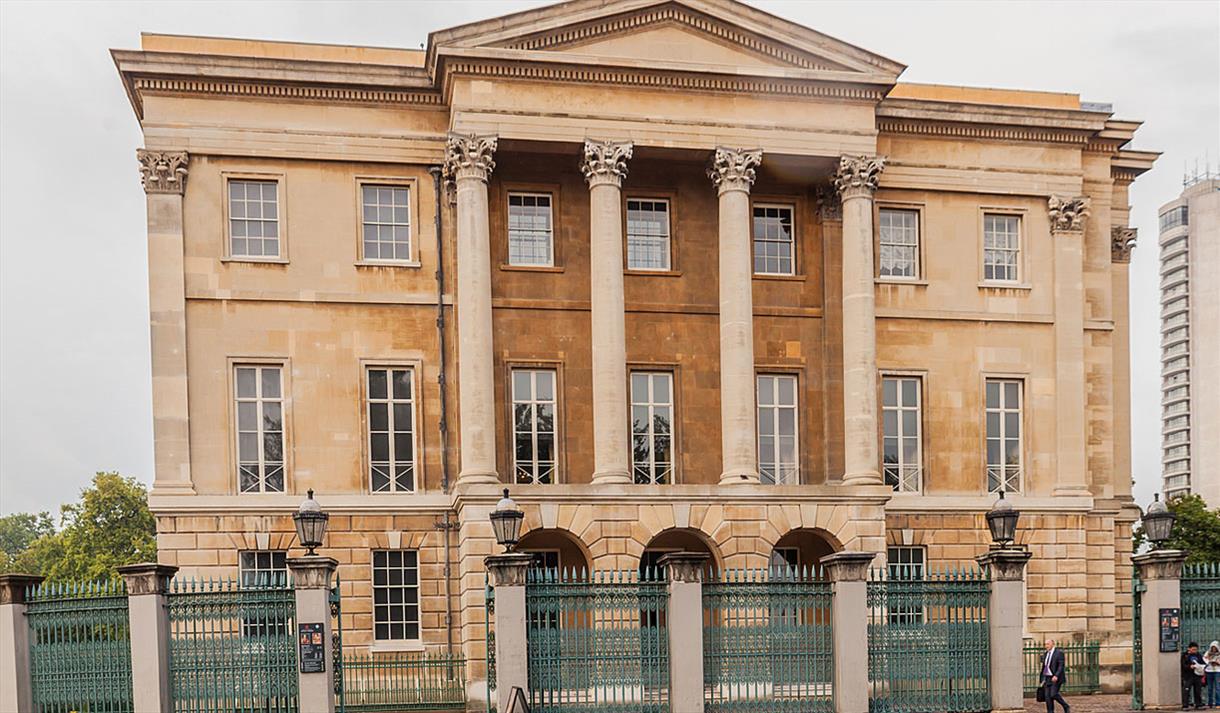 Standing in the heart of London, Apsley House is the former home of Arthur Wellesley, 1st Duke of Wellington, victor of Waterloo. Designed and built by Robert Adam in the 1770s, the house was bought by the duke in 1817. He transformed it into a palatial residence to befit his status, and filled it with works of art and gifts from grateful rulers across Europe.

Wellington died in 1852. The following year his son Arthur, the 2nd Duke, decided to open Apsley House to the public. A ‘Museum Room’ was created where Wellington’s magnificent silver trophies, military memorabilia and gifts of porcelain were exhibited. During the 20th century, the family suffered many losses. The 5th Duke died in 1941 and two years later his son and heir, Henry, died from battle wounds received during the Second World War. Gerald, the 7th Duke, decided to offer Apsley House to the nation, together with a significant portion of the 1st Duke’s art collection.

Today visitors can be awed by the palatial wonder of the gilded, glittering interiors and stunning artwork of Apsley House as they admire the gifts from emperors, tsars, and kings to the Iron Duke. There are nearly 3,000 fine paintings, sculptures and works of art in silver and porcelain, given to Britain's greatest military hero.

Multimedia guides covering all rooms of the house including the artworks and the history of the first Duke of Wellington are available in English, German and Spanish.