You are here: Home > See & Do > Hampton Court Palace 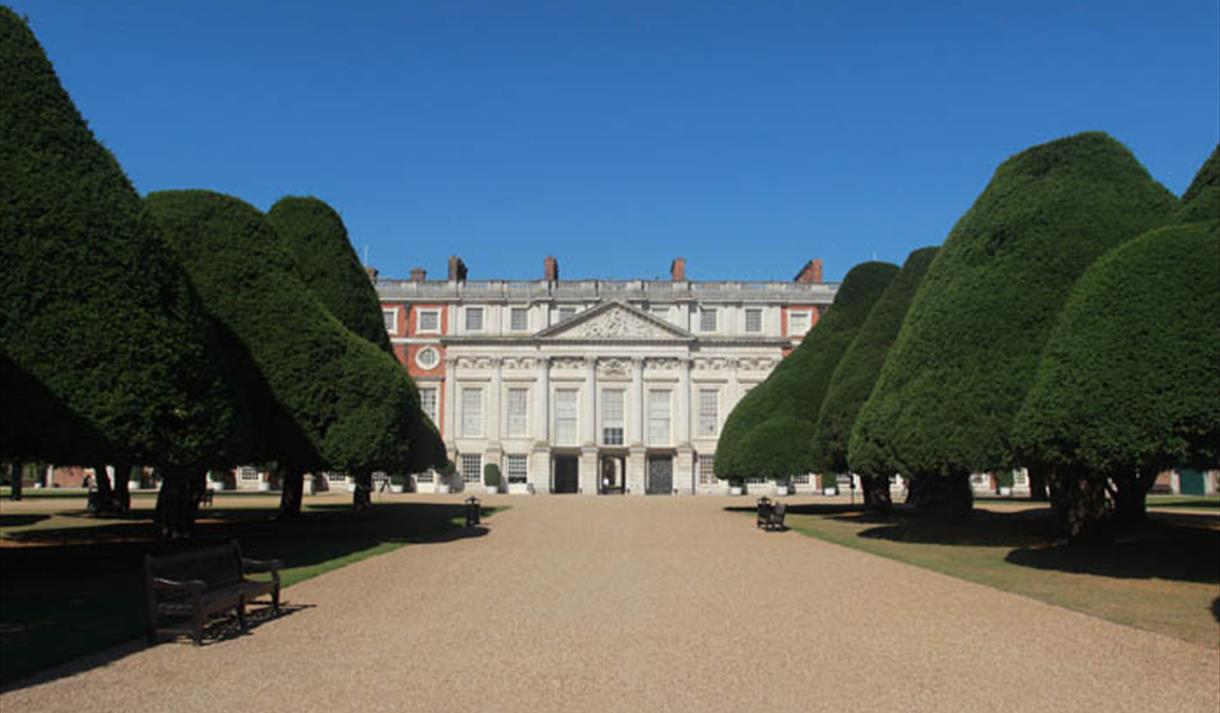 Please check the Hampton Court Palace website for the most up to date opening dates and times.

Hampton Court Palace is one of Britain’s most famous buildings, and a surviving Tudor treasure that was at the centre of court and political life for over two hundred years. Built to house monarchs, their courtiers and an army of servants, and designed to impress powerful visitors, this vast complex of buildings contains over a thousand rooms and is set within many acres of stunning gardens and parkland.

Despite its iconic Tudor West Front, this is very much a palace of two halves; that built by Cardinal Wolsey in 1515 and enlarged by Henry VIII, with its magnificent Great Hall and historic royal kitchen complex, and that of the baroque East and South Fronts, designed by Sir Christopher Wren for William III and Mary II in grand Baroque style, whose state apartments are filled with some of the most exquisite treasures from the Royal Collection.