You are here: Home > See & Do > Arnos Vale Cemetery 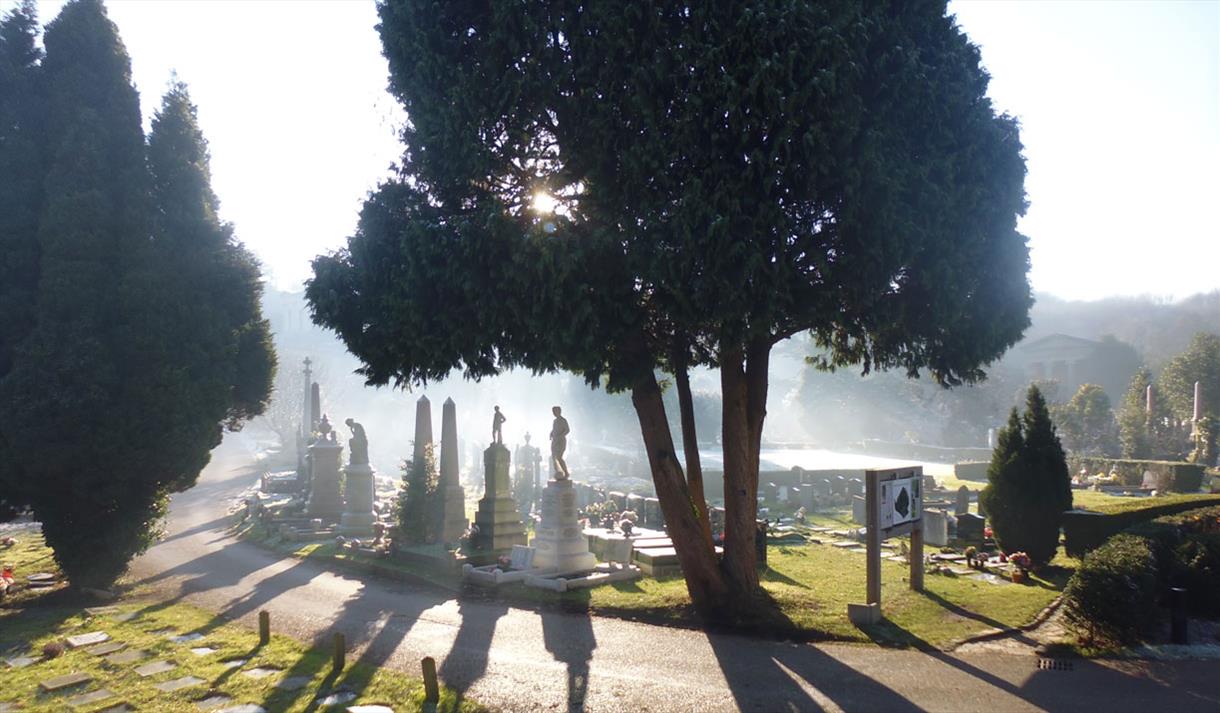 Queen Victoria was new to the throne when Arnos Vale opened in 1839.

Arnos Vale was to be a garden cemetery, inspired by the Père-Lachaise in Paris and later, London's Kensal Green. By then, Bristol's old parish graveyards were overcrowded, and a health hazard. The Bristol General Cemetery Company was set up to provide a stylish yet spacious alternative.

It bought land in the outlying and picturesque village of Brislington. Putting forward plans for a cemetery that would be filled with sunlight, fresh air, trees and shrubs, with its architecture and landscaping designed to echo classical Greece.

Despite the attention to style and beauty, at root Arnos Vale cemetery was a private enterprise solution to a public health problem – part of the great Victorian movement to modernise Britain’s cities by equipping them with clean water supplies, efficient sewerage systems and many other services we now take for granted.  Appropriately, the first person buried at Arnos Vale was Mary Breillat, wife of the man who had brought gas street-lighting to Bristol.

For the next few decades, Arnos Vale had a near-monopoly on burials in Bristol.  This is where you will find the graves of most of Bristol’s leading Victorian citizens, industrialists, philanthropists, scientists and soldiers, as well as tens of thousands of others. Even when competing cemeteries, such as Greenbank, Avonview and Canford, opened later, Arnos Vale remained busy, serving the huge and constantly growing working class suburbs of south Bristol.

By the early 20th century, the prospect of a full cemetery with nowhere to expand, was one of the factors that encouraged the Company to introducing the first crematorium in the West of England.  By the time, the cemetery company ceased trading in the 1980s, Arnos Vale had become the last resting place for more than 300,000 people.

Arnos Vale Cemetery is a unique location that is now in the care of the Arnos Vale Cemetery Trust, a UK registered charity, so that it can be enjoyed now and saved for future generations, as a place of heritage, tranquility, stories, respect and wildlife.

The gates at Arnos Vale are open from 9am to 5pm every day with the buildings and visitor centre open from 10am to 4pm. If arriving by car please use the Bath Road entrance.

The Arnos Vale cemetery lies close to Bristol city centre on the A4 Bath road.

Arnos Vale Cemetery is a green site and we promote the use of public transport.  If arriving by train, the nearest station is Temple Meads, located a mile to the east. Bus services 1, X39, 57, 178 and 349 stop outside the Bath Road gates.