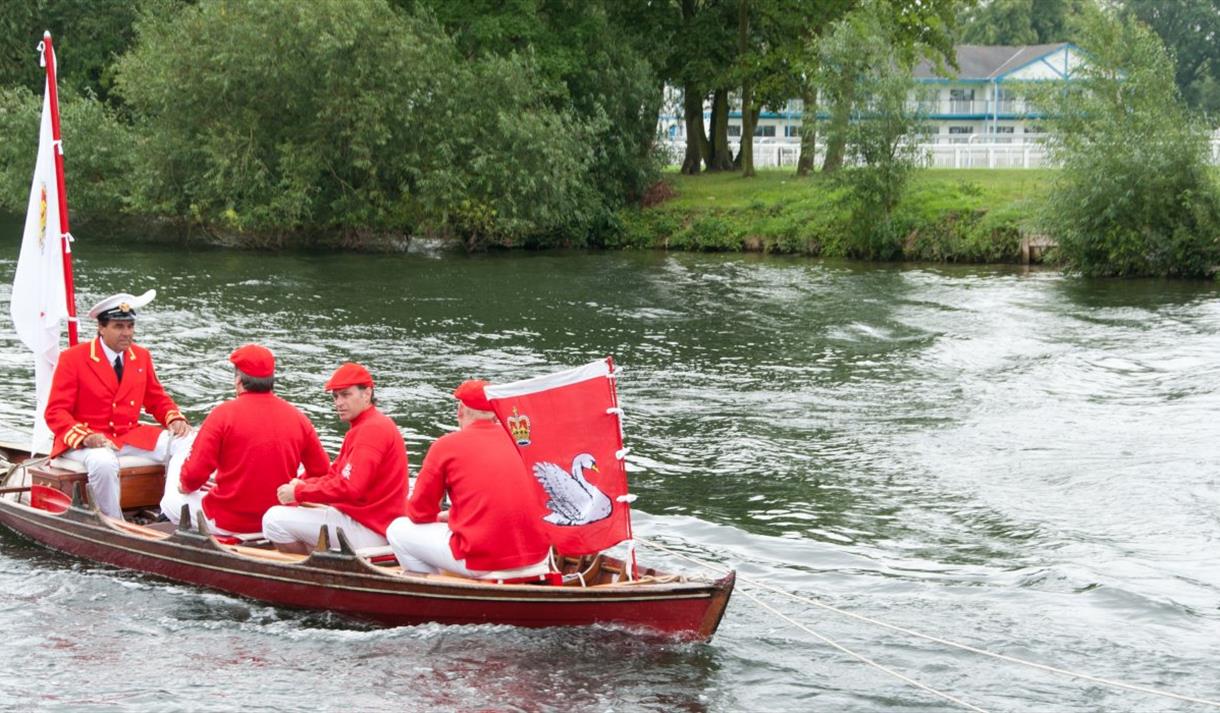 Swan Upping is the annual census of the swan population on stretches of the Thames in the counties of Middlesex, Surrey, Buckinghamshire, Berkshire and Oxfordshire. This historic ceremony dates from the twelfth century, when the Crown claimed ownership of all mute swans.

The Queen's Swan Marker and the accompanying Swan Uppers of the Vintners' and Dyers' Livery Companies use six traditional Thames rowing skiffs in their five-day journey upstream to Abingdon.

By tradition, scarlet uniforms are worn by The Queen's Swan Marker and Swan Uppers, and each boat flies the appropriate flag and pennant.

Swan upping takes place during the third week in July.

Where to watch the Swan Upping ceremony

Nearer the time a full schedule will be posted here including departure points and arrival times at locks and bridges along the River Thames where the swan upping takes place.  Please note, all times given are approximate.