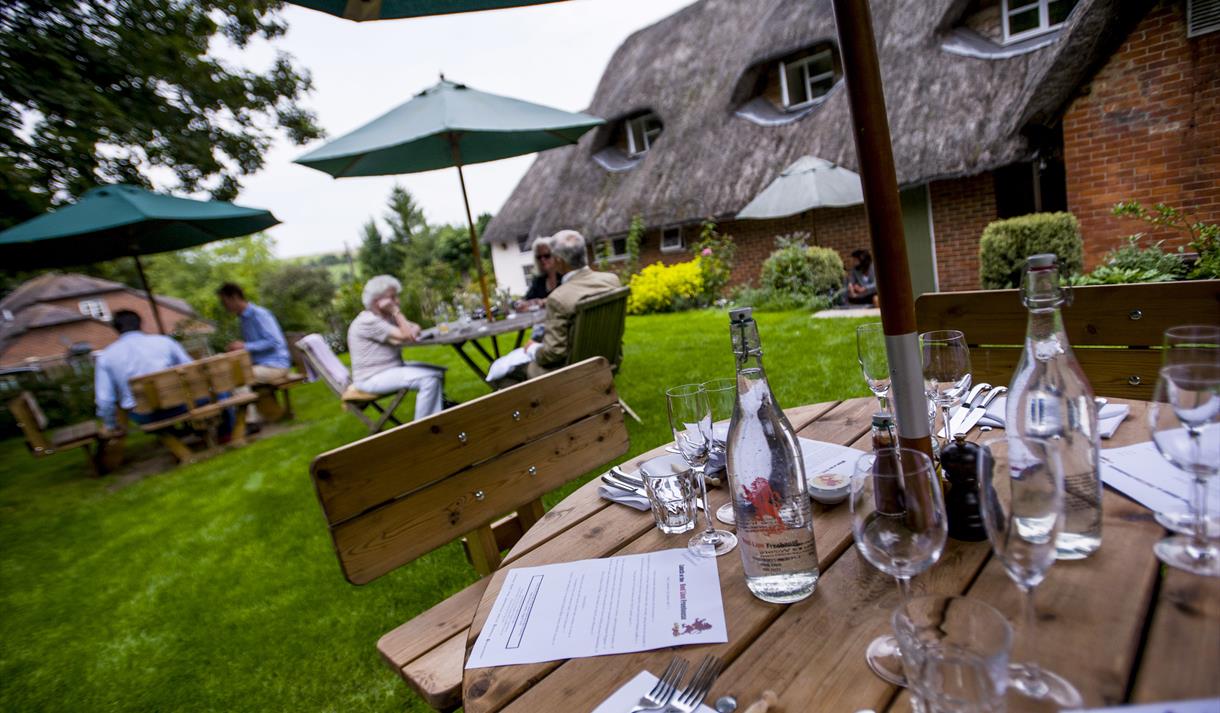 The village of East Chisenbury is the epitome of ‘a quiet backwater’. Tucked into a fold of Salisbury Plain, the village is definitely off the beaten track. Perhaps the thatched Red Lion in the village is a surprising choice for two well-travelled and practised chefs to open up their first venture together… but maybe not. The compact size of the Red Lion and it's steady crowd of regulars has given Guy and Brittany the opportunity to plough their own furrow away from the pressures of the capital’s highly competitive environment. Having ‘been there and done that’ Guy and Britt are eager to practice their knowledge of traditional and modern culinary techniques on a range of carefully sourced British produce. Dishes such as a home made hot ‘Scotch Egg’ featuring a soft-boiled hen’s egg from the hen run in the pub garden and hand-pulled belly pork demonstrate Guy’s commitment to the pub’s drinkers and their craving for a snack. But the famous Wiltshire rib of beef steak for 2, so popular that it doesn't leave the daily-changing menu, showcases his knowledge of classic cookery combined with the contemporary cooking techniques learned at Thomas Keller’s Per Se in New York. Britt rules the pastry section producing tempting desserts. The Red Lion “Baked Alaska” combines ginger genoise, passionfruit sorbet, macadamia crunch and meringe to produce a dessert typical of Britt’s style- a classic with a twist, displaying her breadth of knowledge from hip ice cream creations to classic French patisserie.

Their current accolades include a coveted Michelin star, a Good Food Guide rating of 6, Pub of the Year 2014 as well as the GFG Pub Chef of the Year award in 2010, and inclusion in the trustworthy Sawday's guides for both the pub and the Red Lion's boutique Guest House, Troutbeck; Since opening in December, 2012, Troutbeck has already been awarded Sawday's Best Pub with Rooms for 2013 and has an AA rating of 5 stars with a Gold Award. But having said that- it is still a pub! So you could rock up with your dog and your kids for a pint before sitting down to a 7 course seasonal tasting menu- if you wanted to!

The Red Lion has roared into the consciousness of foodies and locals alike with its amazing drink selection and outstanding cooking at reasonable prices. And now with a place to crash afterwards, waste no time in visiting before its popularity makes getting a table- or a room- impossible.

A303 to A345 towards Upavon/Pewsey. Turn right towards Enford. Left at bottom of hill.A342 to Upavon towards Everleigh and Andover. Follow road. Turn off right, towards East Chisenbury and Red Lion. 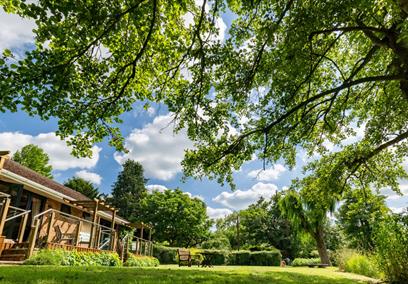 Troutbeck Guest House, WiltshireThis Michelin-starred country pub has a national reputation for serving outstanding food in a quintessential pub setting; the recent addition of their 5 star boutique guest house means you can experience a room just as special as the food.