You are here: Home > Stay > The Manor House and Golf Club

The Manor House and Golf Club 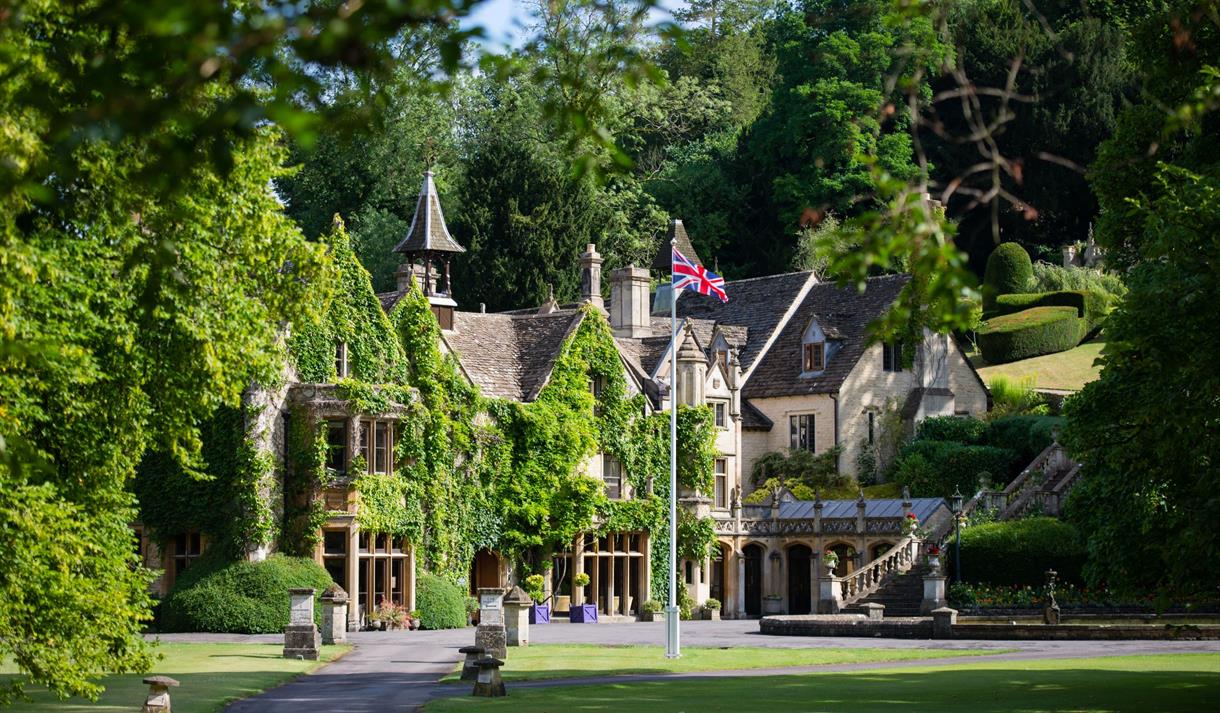 The Manor House is a 14th century luxury hotel and golf club. Offering fairytale weddings, romantic nights away, Michelin starred dining and a dedicated gin bar. Head into the picturesque village of Castle Combe to our 12th Century pub, The Castle Inn, or take a short buggy ride up to our championship golf course. If you’re staying the night, rest your head in one of our exclusive bedrooms, all individually styled each with their own special features perfectly demonstrating five star luxury. When it’s time to think about food, you’ll be spoilt for choice. From our Michelin starred restaurant The Bybrook, alfresco dining, our Full Glass Bar with a huge array of Gins to try, lounges for coffee or afternoon tea, and private dining rooms open to residents and non-residents alike, we have a dining experience and atmosphere for every occasion. Not only do we have our hotel facilities, you’ll also find the championship 18-hole golf course. Situated in 365 acres of rich parkland and widely regarded as a real hidden golfing gem in the Cotswolds, The Manor House was described by former World Number 1 and Ryder Cup star Luke Donald as “a truly stunning course”. Opened for play in 1992, the mature oak and beech trees that line the magnificent fairways together with the immaculate greens and the River Bybrook meandering through the middle bring both drama and beauty to this Championship course. The golf club also has a host of facilities such as the Clubhouse for food and drink, as well as The Waterfall Lodge, suitable for overnight golf breaks.

5 miles from Chippenham train station which is on the mainline from Paddington in 65 minutes. There is a taxi rank outside the station and a taxi takes 15 minutes and costs approximately £25. Bus services are very limited, particularly at weekends. Only 5 buses per day, approx. every 2 hours from Chippenham Bus Station between 10:00 and 17:45.