You are here: Home > See & Do > Cities, Towns & Villages > Richmond upon Thames 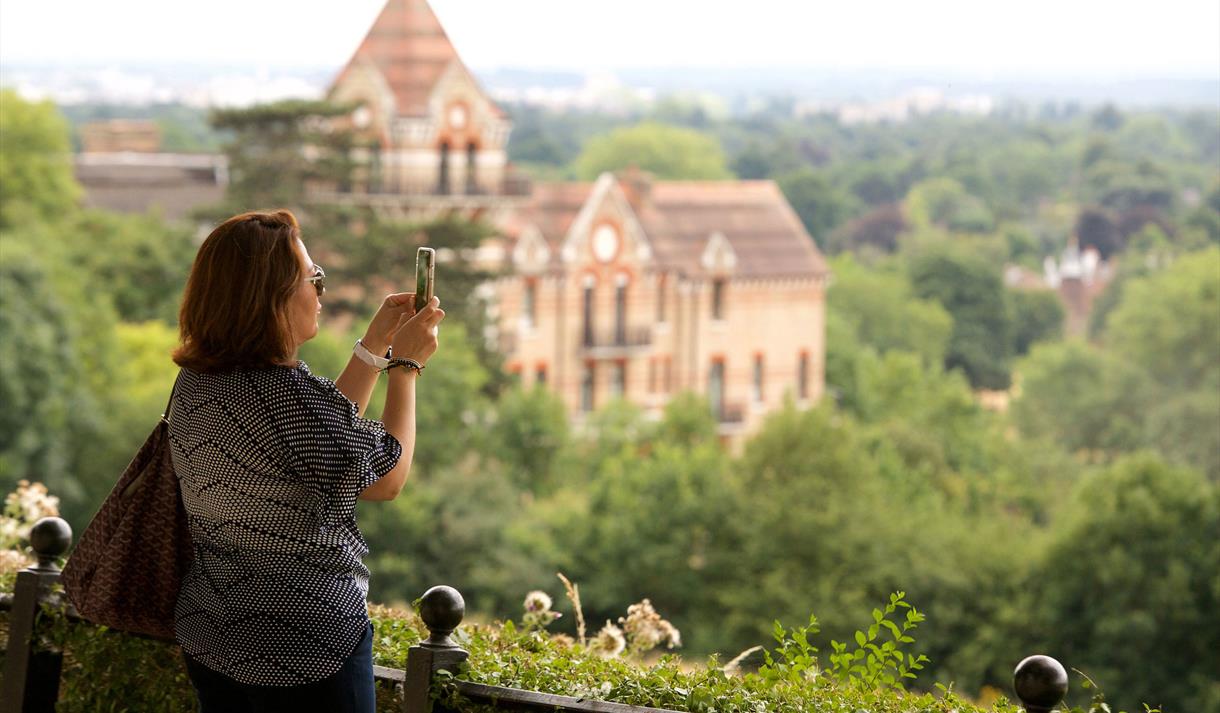 Situated 10 minutes southwest of London, Richmond, one of London’s most attractive boroughs, possesses a timeless charm more akin to a village than a town. Henry VII named Richmond after his favourite Earldom, Richmond in Yorkshire, and the gateway of his magnificent Palace, favoured by Elizabeth I, still remains.

As well as Richmond, the borough covers Barnes, Mortlake and Sheen, Ham and Petersham, Hamptons, Kew, Teddington, Twickenham and St. Margarets and Whitton. Twickenham Stadium is the home of English Rugby Union and an ultimate experience for all rugby fans.

The River Thames runs for over 10 miles through the borough, and spans both banks of the Thames, linking Hampton Court Palace, Richmond Town Centre and Kew Gardens with London. There’s plenty of things to do and some great accommodation. It’s array of open spaces includes beautiful Royal Parks and there’s historic houses, theatres, museums, galleries, and vibrant town centres.

The riverside around Richmond Bridge contains many bars and restaurants. The stretch of the Thames below Richmond Hill is known as Horse Reach, and includes Glover's Island. Richmond is now serviced by the London River Services with boats sailing daily between Westminster Pier and Hampton Court Palace and Turks offer river cruises between Richmond and Hampton Court Palace, stopping at Kingston.

Much of the Borough is part of the Teddington to Putney stretch of the Thames Path. (The south bank route is 11.6 miles (18.6 Km), the north bank route is 14.1 miles (22.6 Km).) Along this stretch there are 8 bridges where you can cross the river. Maps and route directions can be downloaded from Transport for London's website. If you stay on the south bank you're bound be surprised at how rural it feels - your walk takes you past an amazing succession of parks, fields and gardens including the nature reserve of Hamlands, cattle-grazed Petersham Meadows just below Richmond, Richmond's famous Old Deer Park and Kew's even more famous Royal Botanic Gardens and the London Wetlands Centre just beyond, 40 hectares of wetlands so amazingly close to the centre of a major city.  Or just stay by the river and enjoy the views across to Marble Hill House, Syon House and picturesque Strand-on-the-Green.