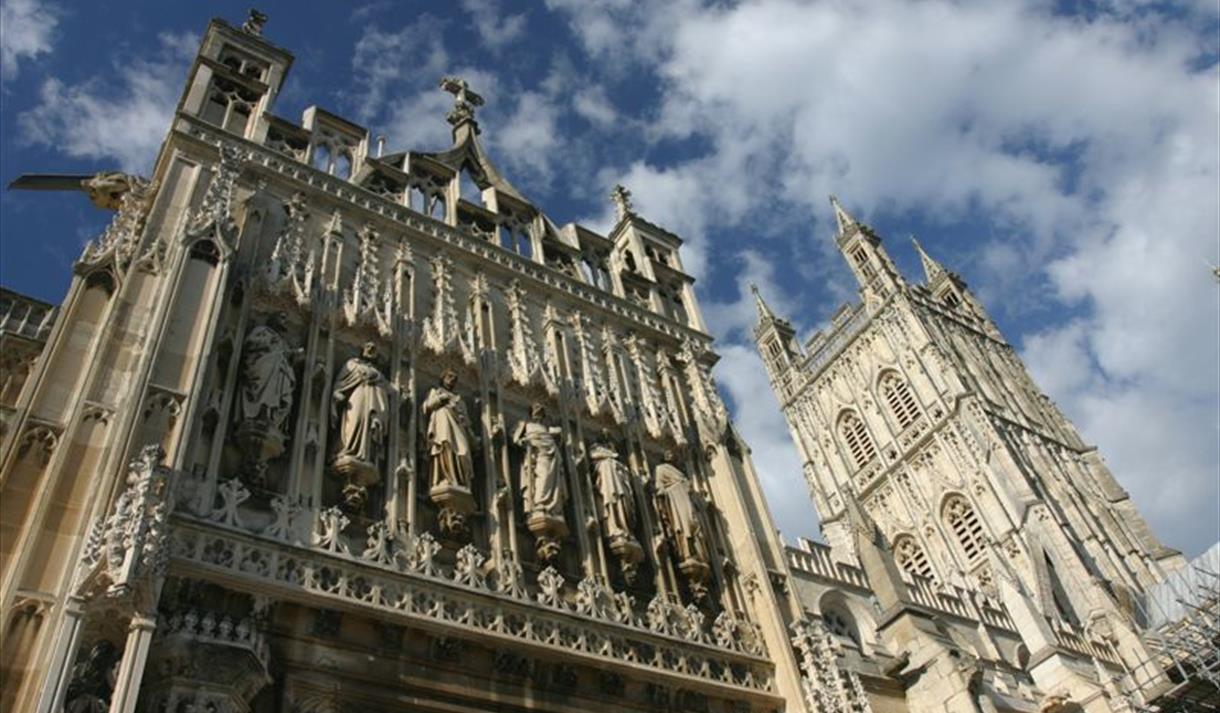 Rich in history and heritage, the city boasts a wealth of architectural gems, numerous visitor attractions, a Premiership Rugby team and can truly be regarded as a great English city.

You and your family will find so many wonderful and interesting things to do in the city of Gloucester that one visit won’t be nearly enough. Gloucester enjoys a superb variety of fantastic attractions for everyone to enjoy day or night, rain or shine, and is fast becoming the go-to place for film and television. Gloucester hosts a busy calendar of events and festivals with the city looking forward to the Gloucester Tall Ships Festival and The Three Choirs.

A trip to Gloucester wouldn't be complete without a visit to the 11th century Gloucester Cathedral, resting place of King Edward II, site of the last time an English monarch was crowned outside of Westminster Abbey (the nine-year old Henry III in 1216), home of the majestic Great East Window and recently a hugely popular film and television location. Most famously it has been used to shoot scenes for the Harry Potter series of hit films, as well as Mary Queen of Scots, Sherlock, The Spanish Princess, Wolf Hall and Doctor Who. Why not explore the exquisite fan-faulted cloisters and learn about the cathedral’s connection with the American national anthem?

With its dramatic waterfront, Victorian warehouses and an array of restaurants and bars, it is easy to see why Gloucester Docks is the place to be for locals and visitors. Granted Royal Port status in 1580 by Elizabeth I, the historic docks have also been film location for Peter Rabbit 2 and Disney blockbuster Alice In Wonderland: Through the Looking Glass.

Gloucester has numerous museums and attractions to delight visitors of all ages. The Glorious Glosters – the most decorated regiment in the British Army – are celebrated at the Soldiers of Gloucestershire Museum, while there are many fantastic exhibits at the Museum of Gloucester, the National Waterways Museum Gloucester, Nature in Art and the Jet Age Museum. The House of The Tailor of Gloucester museum and shop is located in the original building used by Beatrix Potter in the personal favourite of her own works.

See our Roman remains from the viewing chamber in Eastgate Street for a fascinating look back at centuries of history with the site including the remains of the city wall, the base of a 13th century tower and a place where in Tudor times animals were cleaned up before they went to market.

You can learn more about Gloucester’s 2,000 years of history with Gloucester Civic Trust Tours.

If you have a smartphone, you can take one of three self –guided tours at www.gloucestertours.co.uk