You are here: Home > See & Do > Live Escape Rooms Salisbury 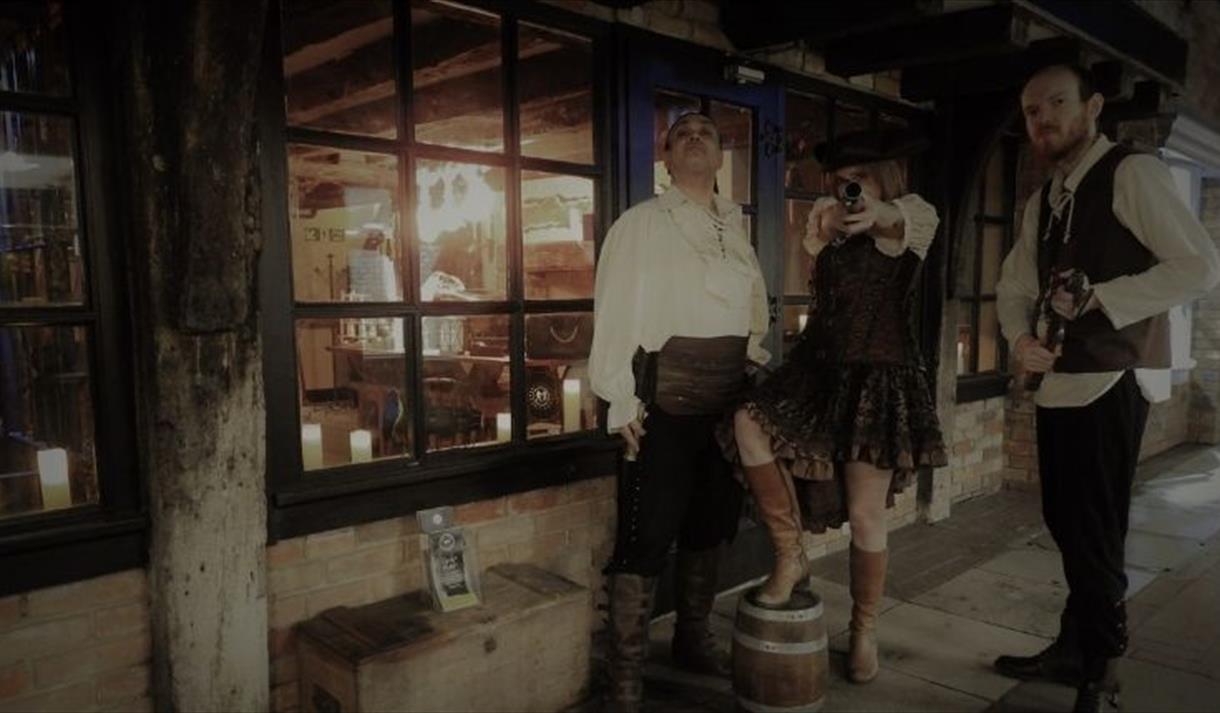 Nestled in the heart of the city centre, this 14th century Grade II listed building is home to a host of authentic experiences. From escape room ‘The Brig’, where crew mates are shackled in chains into the gaol of a galleon ship – to weekend paranormal investigations, where groups of up to eight can discover what spirits lurk after dark once the escape rooms close.

Perfect for families and friends of all age groups, escape rooms are a fun, hour-long activity in which teams must find clues and solve puzzles to escape in 60 minutes.

Recently voted in the Top 100 escape rooms in the UK by players, reviewers and enthusiasts alike, ‘Spectre’ the escape room sees teams rush against the clock to stop the devilish plans of the Spectre scientists. Expect surprises from the start, plus visual and audio special effects. (2-8 players)

‘The Brig’ and the ‘Pieces of Eight’ Puzzle Chests can be found in the pirate tavern, ‘The Plume of Feathers Inn’. Captain Bartholomew and his pirate crew have been caught and thrown into The Brig of galleon ship the HMS Liberation. They have one hour until the executioner arrives to take them to the gallows. This game features dramatic effects and live actors. (3 – 5 buccaneers)

The Pieces of Eight treasure chests are a play at the table game. A much more sociable experience, a crew of between 2 and 6 can solve their way through three chests, bursting with cool props and pirate themed puzzles. Can you get to Captain Bartholomew’s Pieces of Eight before the kings men arrive at The Plume of Feathers Inn? Enjoy a flagon of ale, rum or wine while you play served by the tavern staff.

Live Escape Rooms Salisbury also hosts interactive evening events including ‘Music at the Tavern’ and ghost hunts… which experience will you try first?

We are situated in the heart of the city of Salisbury. Direct access from all major roads.

Situated in the centre of the city of Salisbury, all experiences are within 15 minutes of Salisbury Train Station. The Stonehenge Tour bus drops off just 5 minutes from both escape locations.

For trains to Salisbury please see First Great Western or use Trainline.

The best car park for easy access to both of our escape room locations is Central Long Stay, SP1 3SL, which is five minutes walk away.